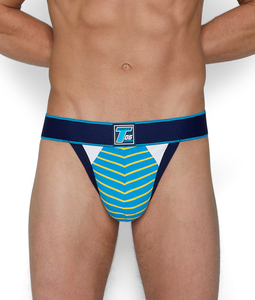 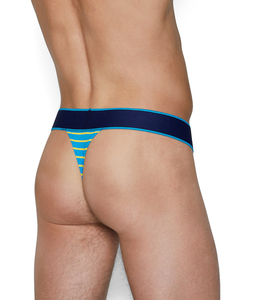 Modern Underwear That Embraces The Modern Guy In Every Way

Since the start of the 21st century, Timoteo have been a driving force in the celebration and promotion of contemporary underwear that embraces the male physique. From prints that hearken back to the retro swimwear of the 1970s and 1980s, to designs that define and embrace the male body in its entirety, Timoteo underwear is completely unique in its modern style and mentality.

Founded in Los Angeles back in 2001, Timoteo’s designs embody the sunshine and cool vibes of Southern California. The brand’s strong use of contrasting bright and vivid colors, evoke a sense of a coastal lifestyle. Overall, Timoteo’s underwear fuse active and sporty stylings to reflect the fun loving vibes that we all know Los Angeles has by the boat loads.

Plus, Timoteo underwear feels just as great as it looks. Whether it be a cotton, modal, or polyester blend, Timoteo allows for a fit with that right amount of natural lift and support, making sure you’re feeling comfortable and in place all day. Whether you’re looking for a brief with modern upgrades, or a strong looking (and feeling) jockstrap, Timoteo has something to meet your needs. Because as a modern guy, you need modern underwear.